About the Cultural Partnership

The Balboa Park Cultural Partnership is a nonprofit organization through which 25 full members of arts, science and cultural organizations in Balboa Park collaborate to achieve greater organizational efficiency, innovation and excellence. The Partnership’s member institutions vary in size and type and include museums, performing arts groups and theaters, cultural centers, gardens and the San Diego Zoo.

Values that underlie the Balboa Park Cultural Partnership’s processes, outputs and culture include:

Working collaboratively is at the heart of all the Cultural Partnership does. We use our collective strengths and resources wherever possible to make us stronger together than we can be individually, through what we do as well as how we do it.

We respect and effectively build, utilize and preserve the cultural, human and financial resources of our community. We share and leverage these resources responsibly to make the experience of Balboa Park arts, science, and cultural institutions continuously more accessible — physically, personally, and intellectually — in person and virtually.

We value opportunities to learn from years of collective wisdom in Balboa Park as well as to continually build new skills, seek greater insights and challenge convention. This helps us to problem-solve, foster innovation and encourage new thinking. Sharing our learning advances the vitality of our members, our community, and the arts, science and cultural fields.

The Cultural Partnership embraces the generative possibilities of collaboration. We strive to maintain an agile organizational structure that allows us to be open and strategically responsive to new opportunities, including ones in which we can be pioneers.

The Balboa Park Cultural Partnership seeks excellence in all that we do in order to serve as a vital asset for our members and the community. The Partnership enhances our members’ capacity to achieve the highest professional standards and deliver the greatest value to their communities. 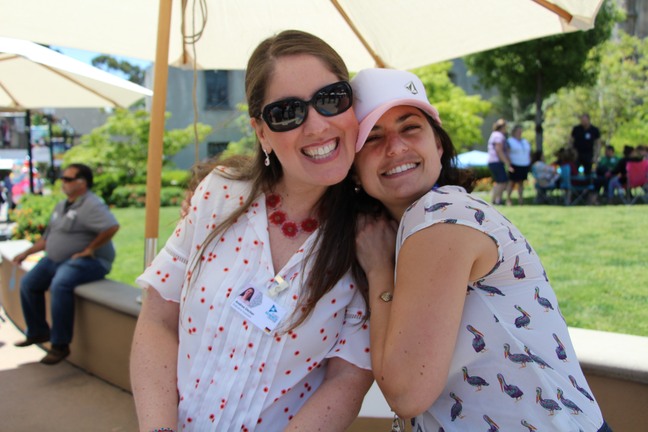 The Balboa Park Cultural Partnership seeks to achieve four key strategic outcomes in order to maximize the effectiveness of our collaboration, maintain our competitive edge, support innovative thinking and achieve our mission and vision:

1. Increase the economic and environmental sustainability of our members and Balboa Park.

2. Optimize the visitor experience and opportunity for lifelong learning in Balboa Park.

3. Strengthen the visibility, voice, and leadership of the Partnership.

4. Develop the Partnership’s organizational strength and capacity for success, and become an employer, service provider and investment of choice. 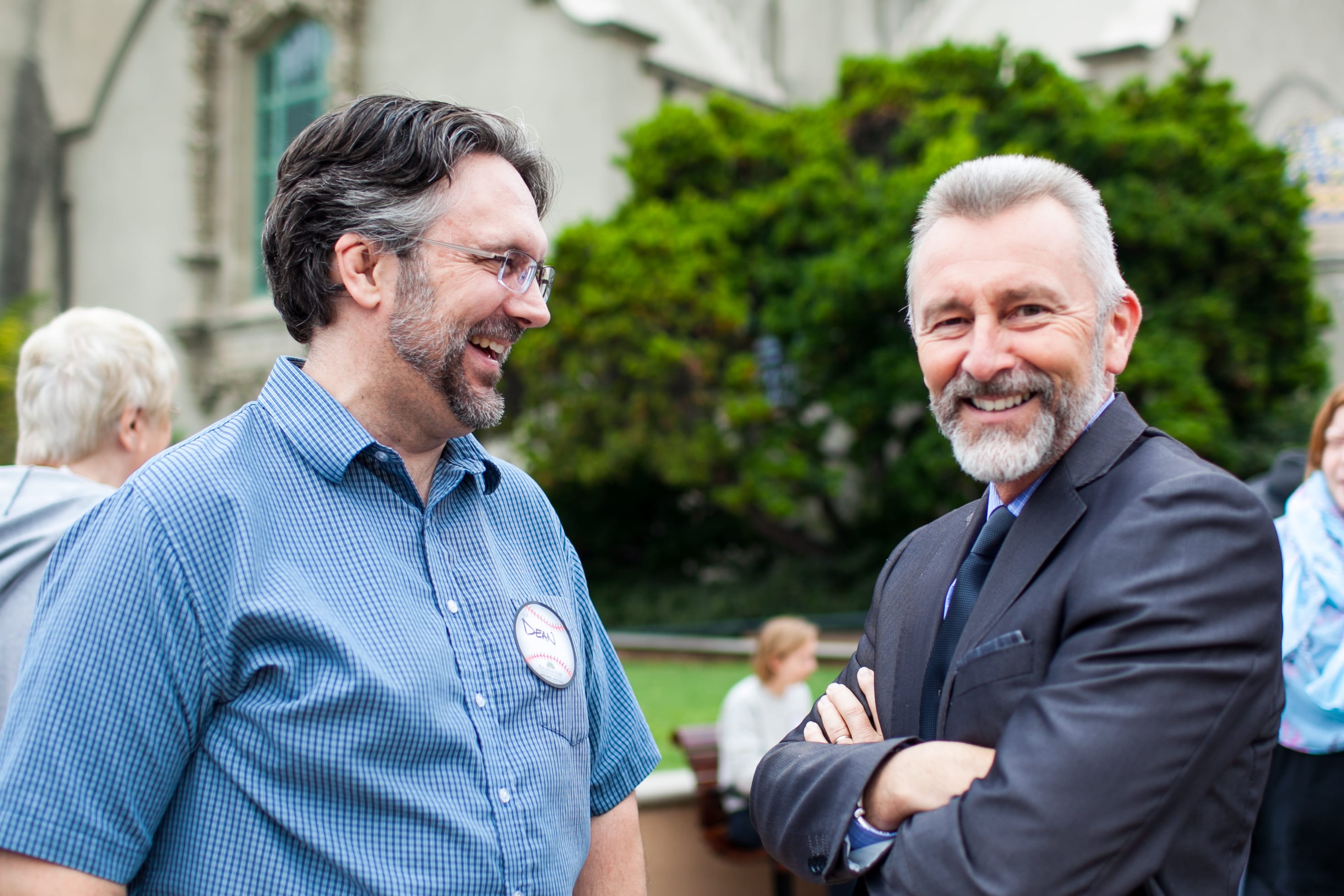 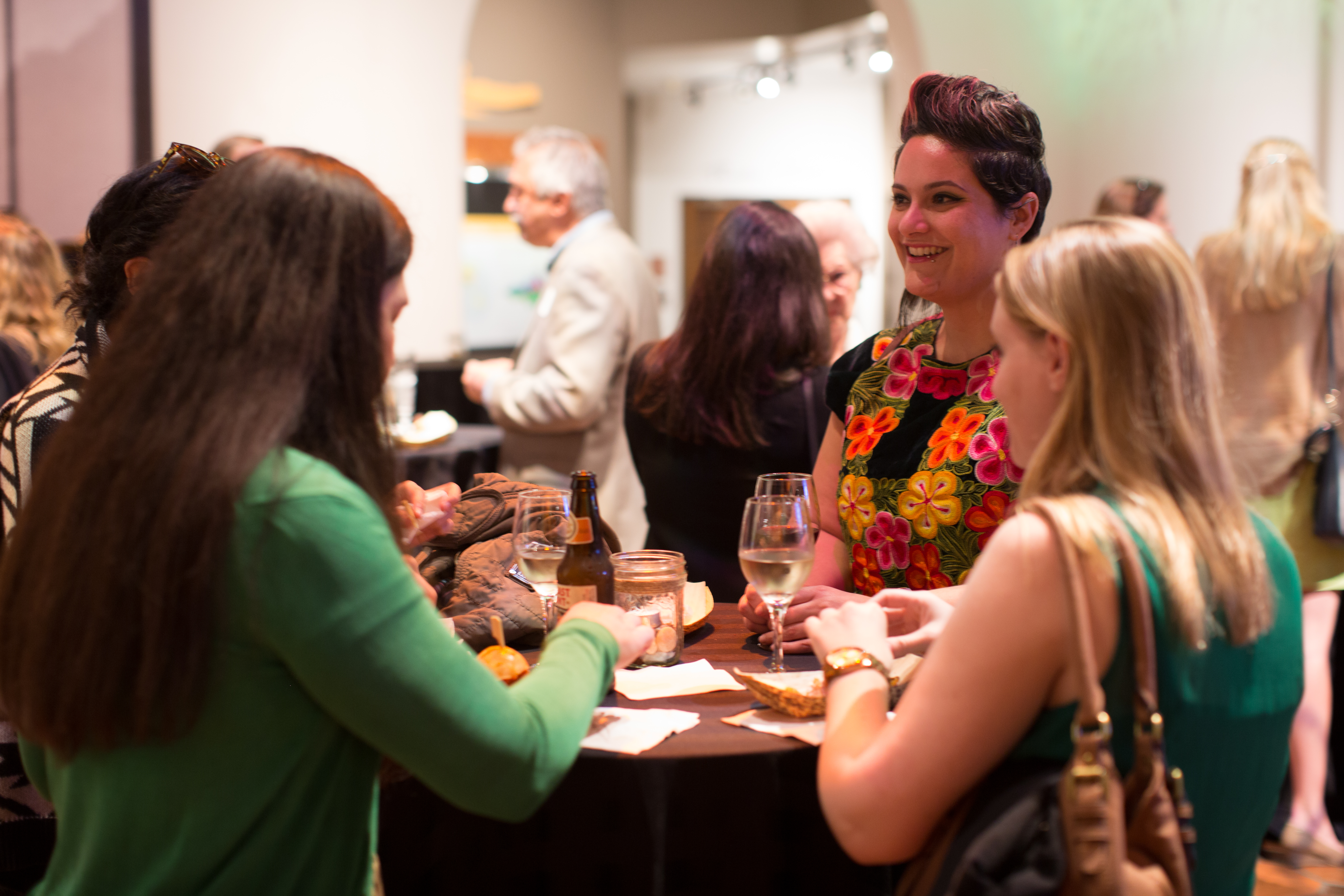 Nat Biendara is a San Diego-based artist with a heart for authentic communication and thoughtful design. At SDSU, she received a bachelor's degree in Journalism with an emphasis in Media Studies where she explored a variety of mediums including film, photography, design, writing, and social media. A few of her favorite things include curating Pinterest boards, going to the theatre, craft projects, hanging out with her cat, Fig, and the color green.
An Australian native, Comiskey has a long track record of bringing together diverse stakeholders to launch and operate public cultural and science programs on two continents. Since 2008, he has served as the Executive Director of the Downtown Anaheim Association, a nonprofit group working with Anaheim city officials, Anaheim’s Redevelopment Agency, and multiple property owners to drive visitation of the city’s downtown precinct through developing and launching a number of major public events. Upon moving to the US in 1998, Peter assisted in the launch of Discovery Science Center in Santa Ana, and then led the US operations of an international tourist attractions group in Baltimore. Returning to California in 2007, he became the founding Executive Director of Anaheim’s MUZEO Foundation, creating a unique model for regional cultural arts venues in the newly rejuvenated downtown Anaheim. Comiskey holds an MBA from the Anderson School of Management at the University of California, Los Angeles, and bachelor’s degrees in business and education from Australian universities.
Bio coming soon
Kristen Martinez Mihalko has worked in the nonprofit sector focusing on programming and community building since 2010. As the Director of Operations at the Balboa Park Cultural Partnership, she utilizes her skills in communication, event planning, program development, and IDEA (inclusion, diversity, equity, and accessibility) to implement programs and offer engagement opportunities that broaden and deepen the Balboa Park experience for all. Kristen oversees and manages the day-to-day operations of the Cultural Partnership, Balboa Park Explorer, Community Access Pass and Military Appreciation Pass program, and programs offered through One Park - One Team. Her current focus is working with Park organizations through the Parkwide IDEA Working Group, an initiative that provides peer-to-peer support and professional development opportunities to member organizations, to encourage more equitable practices in the Park. She currently serves on the boards of: Balboa Art Conservation Center, California Association of Museums, and Western Museums Association. She has also served on a number of young professional boards: YNPN San Diego, Rising Arts Leaders San Diego, National Emerging Museum Professionals Network, and the San Diego Emerging Museum Professionals. She holds a Master’s Degree in Strategic Communications from National University and a certificate in Arts and Culture Leadership from University of San Diego.
Bio coming soon
Bio coming soon
As the Ticketing Manager, Chris manages the ticketing and reporting system, Tessitura and supervises the work of the Explorer team. He is responsible for implementing the Explorer Pass Program, the Community Access Pass Program and the Military Appreciation Pass Program, and provides support for the Park’s various venues in relation to the Explorer Pass. As a recent transplant to the San Diego area from Hawaii, he is dedicated to furthering the values of equity and diversity by making the arts, sciences, history and culture accessible to everyone. He has a Bachelor’s degree from Pepperdine University in International Studies and has done Master’s work in Communications at Hawaii Pacific University. He is a lifelong lover of travel and works of art and media from other cultures.
Jennifer has been an employee for BPCP since December 2020. As the organization’s Accountant she manages all the day-to-day bookkeeping and finance management. Weavers, holds a bachelors degrees in Accounting, an MBA, and is a Certified Public Accountant. She is an accomplished finance and administration professional and specializes in financial management for arts and culture organizations. In addition to working with the Cultural Partnership, she also supports the Balboa Park Online Collaborative.
Theresa Wulf's role is to ensure that BPCP is working and communicating effectively with our members, and also that our relationships in the broader community are strong. This includes oversight of the successful Community Access Pass and Patron programs. She brings a wealth of experience to the BPCP in public relations, government liaison and collaboration. For 16 years, Theresa was Director of Public Affairs for San Diego Junior Theatre, and also served as Interim Executive Director. She was pivotal in expanding marketing, publicity, administrative and partnering efforts for this nationally renowned youth theatre education organization. She also served as Community Issues Advisor to former San Diego Mayor Susan Golding, advising the Mayor on all policy and outreach issues related to arts and culture. Theresa has served as a member of the San Diego Regional Arts and Culture Coalition, Balboa Park Central Board of Directors, the San Diego League, the San Diego Performing Arts League and the SDSU Young Alumni Association. Theresa earned a B.A. in Political Science from San Diego State University, and is a graduate of the Fieldstone Foundation Emerging Leaders Program.
The Partnership was formed in 2003 to provide a means for members to identify and achieve collective goals and to speak with one voice on issues of mutual benefit and importance. The Board of Directors is comprised of executive directors of member institutions. Park staff, trustees, and volunteers participate in the development and implementation of Partnership programs — Sustainability Program, Learning Institute, Explorer, Publics Events, and One Park – One Team.

Our mission is to enrich the cultural life in and beyond San Diego by facilitating collaboration among Balboa Park’s cultural institutions and with the community; to enable the cultural institutions to achieve their full individual and collective potential; and, to preserve, enhance and make the arts, science and cultural assets of Balboa Park accessible for present and future generations.

Our vision is for Balboa Park to serve as a national model for exceptional collaboration, innovative education, and transformative arts, science and cultural experiences.

The City of San Diego
The San Diego Foundation