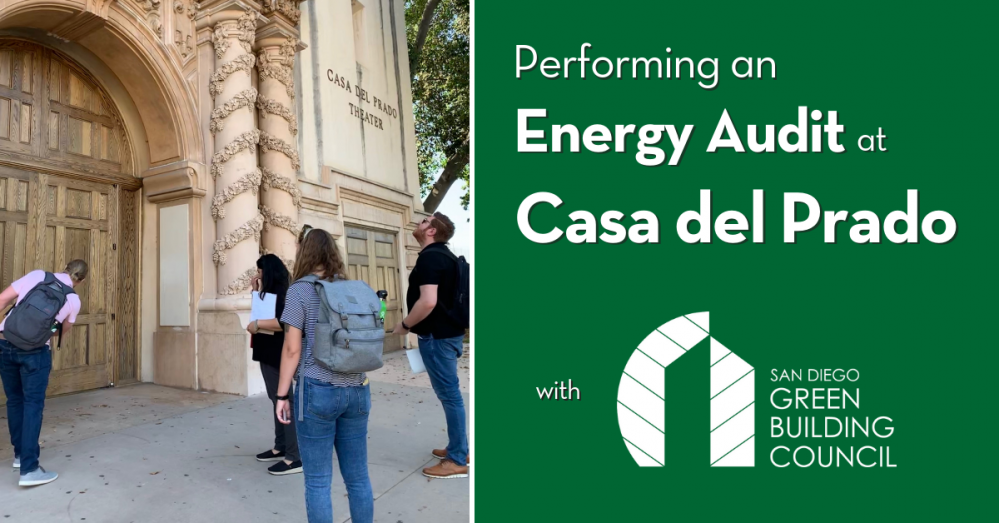 As part of the on-going LEED recertification process for four buildings in Balboa Park, a group of volunteers and staff from the San Diego Green Building Council’s Green Assistance Program and our Sustainability Program performed an energy audit of Casa del Prado. In this energy audit, the building was surveyed and analyzed to create a picture of how energy is used. While an energy audit is a requirement for the LEED Certification process, it also provides an opportunity for organizations in Casa del Prado to identify ways that they can save energy as building occupants, and generates a list of recommended improvements to the building maintenance team. During the audit, the group performed a walk through where they studied opportunities to install equipment that is more efficient, prevent energy waste, and to improve the effectiveness of the building’s air handling system.

First, the group found many opportunities to save energy by improving lighting throughout the building.  Among the potential lighting improvements, they found that there were many lighting fixtures that could be upgraded with efficient LED bulbs. Compared to conventional bulbs, such as fluorescents and CFLs, LEDs can produce an abundant amount of light with less energy. The volunteers also studied the light levels within several rooms in the building to determine the most effective locations to install LEDs.

The group also found many ways that the building maintenance team could prevent energy from being wasted by inefficient building practices. For example, they found that lights were often left on in unoccupied rooms, which could be prevented either by installing occupancy sensors or by informing building occupants to turn off the switch when leaving a room. Additionally, they found that rooms left unoccupied continued to be cooled by the air conditioning system, which requires a significant amount of energy. By adjusting the schedule of the cooling system to match the schedule of the various rooms in the building, there could be an opportunity for significant energy savings. 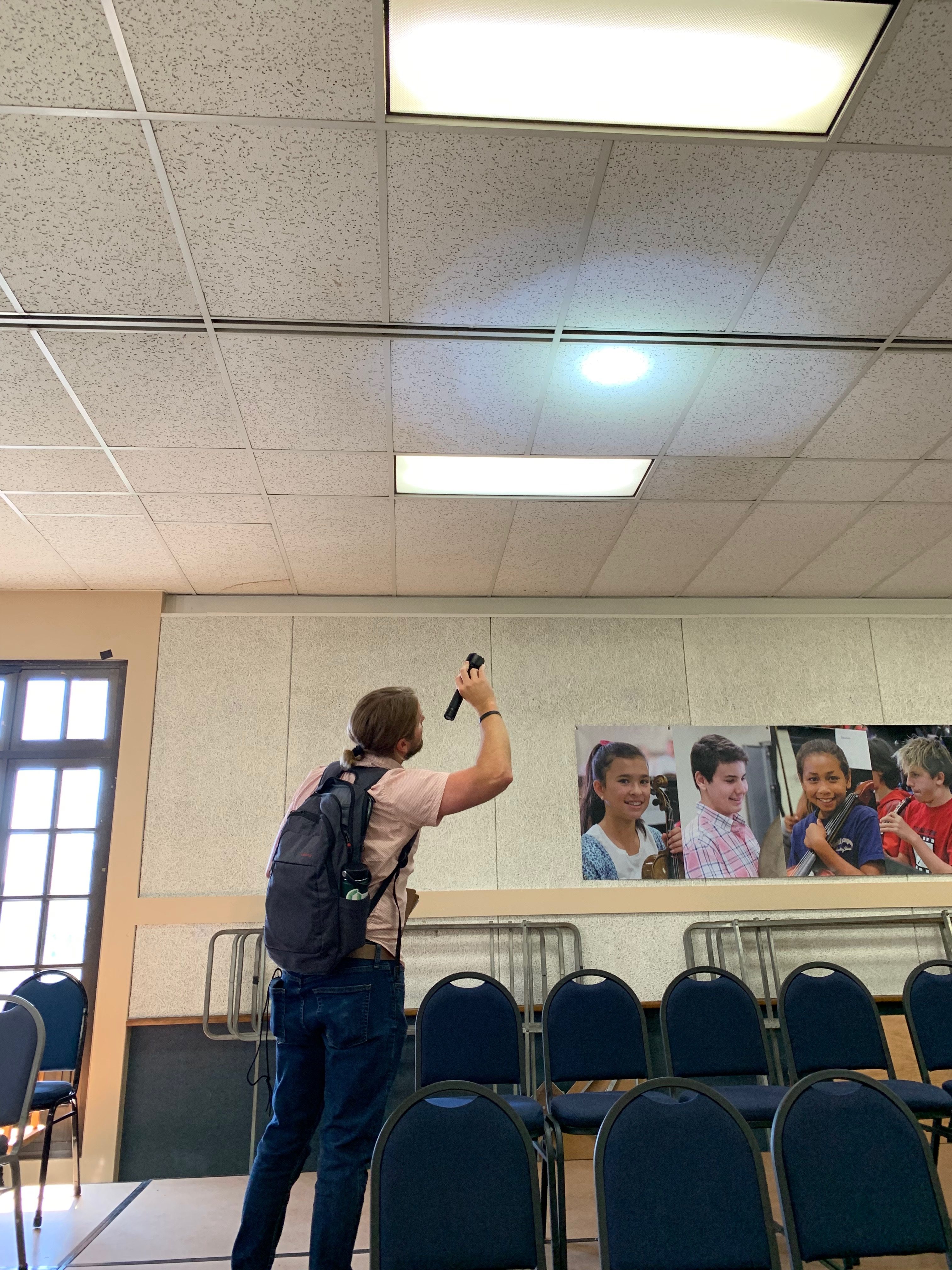 The group of staff and volunteers from the San Diego Green Building Council and the Balboa Park Sustainability Program study the building’s Heating, Ventilation, and Air Conditioning (HVAC) system to find opportunities to increase air handling efficiency and save energy.

The audit also requires a study of the building’s air handling system to determine where the system may be using more energy than necessary. While studying the air vents, the group looked to make sure that there were no blockages that would restrict air from an air conditioning unit from being sent into a room. Anything blocking the vents, such as a dirty air filter, could make the air handling equipment work harder and use more energy than necessary.

With these areas for improvement identified in the audit, the building maintenance team and occupants can work towards using energy in the most efficient way possible at  Casa del Prado. These efforts will help maintain their Leadership in Energy and Environmental Design (LEED) status.

Want to complete an energy audit at your own building? Check out SDG&E’s Energy Innovation Center’s Tool Lending Library, which features over 100 different types of tools for professionals and homeowners to use for their energy related projects. No need to purchase expensive tools when you can borrow them. Check it out at sdge.com/eiclibrary.