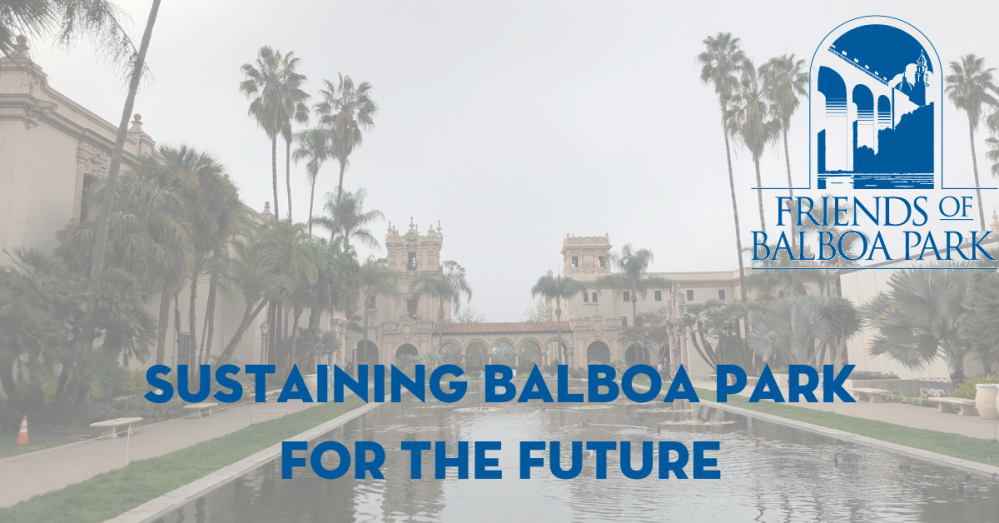 Some of their successfully completed sustainability projects include:

Because Balboa Park is a city park, many of their ongoing projects that aim to extend the longevity of the Park relate to conserving natural resources that help the park function. One such ongoing project is a comprehensive look at water use in order to optimize and conserve the precious resource. The Water-Wise Upgrades project has a completion goal of 2020 and has made great progress since its inception in 2012. The published Call to Action serves as a roadmap for the project and is all-encompassing. In addition to the optimization part of the project, Friends is also exploring water catchment on the roof of Casa de Balboa. The project is looking at a combination of rain and HVAC condensate collection. Learn more about the project by watching this video from KPBS. Additionally, water mapping of infrastructure was completed in partnership with SDSU students and is now utilized by City staff.

Another project that is currently in progress is the Bird Park improvements project that will incorporate native plants in keeping with drought tolerance to use less water and will promote soil restoration. Friends also recently completed a collaboration called Birds of Balboa Park to promote education on the local birds of the area.

Sustainability and conservation efforts take a village, and it is important to have members of the Cultural Partnership continuing work like this to sustain the environment so that Balboa Park is here for generations to come.